Please read our update on COVID-19 and what we are doing to help
Is pet insurance a scam?
Back to Blog

In the practice, we’re always recommending people to take out pet insurance - but sadly, the Association of British Insurers reports that only 25% of dogs and 14% of cats are insured. When we talk to people about it, there are three different reasons they give for not insuring - are they being sensible or not? 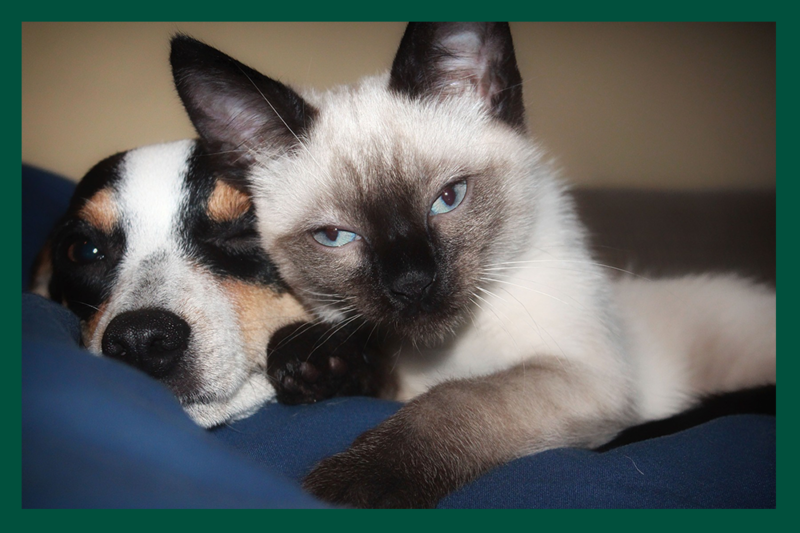 This really, really isn’t true - but we keep hearing people claim it. In fact, it’s illegal for us to charge more if you’re insured, and the vet who actually did the work has to sign a legal document confirming that they didn’t bill the work any higher than usual. The difference is that if the patient is insured we can do a better job - the tests and treatment that should be done, rather than only those that must be done.

In some ways, we can compare this to a building job - if the roof of your house leaks, you can either put a tarpaulin over it (nice and cheap, and will keep you waterproof) or repair the roof. If you aren’t insured, and cannot afford a rebuild, then we’ll fit the best tarpaulin we can - but that isn’t anything like as good as diagnosing why the roof is leaking and repairing it properly.

2 - Insurance doesn’t pay out anyway so it’s a waste of money.

In 2015 (we don’t have the 2016 data yet), pet insurance companies in the UK paid out £1.8 million each and every day. The average claim was £700, and the average premium was £241. Of course, if your pet doesn’t ever make a claim, you have paid the insurance company more than you get back (just like house insurance, for instance) - but if you have an emergency, the money is there.

Yes, insurance can be expensive - especially if your pet is older, or from a high-risk genetic background (some pedigree dogs, for example). However, if you haven’t budgeted for treating them if they get ill, should you really be looking after them? One of the saddest things we have to deal with is people who have a pet with a treatable illness who have to have them put down because they cannot afford the treatment.

The other question we often get is “how bad could it be?”.

Well, here are some of the average costs of various illnesses and injuries, compiled by one of the UK’s leading insurers for 2015 (note, prices rise at roughly 7-9% per annum due to inflation, newer treatments and better trained and qualified staff, so 2017 prices are probably rather more). Note that these are averages, and the maximum (depending on the severity of the illness or injury) may well be much, much higher.

Other emergencies can be much higher - a dog with a twisted stomach is a life or death emergency, but the cost can easily be over £2000; whereas the lifetime cost of treating a diabetic pet can also run into tens of thousands.

What types of insurance policies are there?

These are generally the cheapest, and provide a certain amount of money towards treatment for injuries (and, more rarely, certain emergency illnesses). If it costs more to treat than the policy pays, you have to find the remainder. They may also be time limited (usually to 12 months).

These policies have a set sum put aside to pay for each illness or injury in a 12 month period, but when that is used up, they will not pay out any more. They are usually cheaper than Lifetime policies, but need to be renewed at the end of each year - and anything that occurred in previous years may be excluded.

These have a separate pot of money set aside for each condition, for as long as the pet lives (assuming you keep up the premium payments), and when that is exhausted no further payments will be made. Unfortunately, if a similar condition reoccurs somewhere else in the body, many insurers will treat it as a recurrence or continuation of the initial one, unless it can be proven to be unrelated.

These are the most expensive policies, but also give the best cover. There is a set (usually quite high) pool of money each year to cover any insured illness or injury, but even if you use it all up, it’s reset at the beginning next year.

Remember, though, most policies have exclusions on them - things that the insurer will not cover. These usually include pre-existing conditions (i.e. things that were present when you took the policy out), routine and preventative treatment (e.g. neutering, vaccination, dental care), and any condition related to breeding.

If you want to know more, there’s a great leaflet from the ABI here.

What else affects how much it costs?

There are a number of factors that the insurance company will take into account; typically, however, the most important are your pet’s species, age and breed. In addition, their previous medical history is important - a new policy will almost never pay out on any condition that was present when the policy was first taken out, and if they have had lots of illnesses or injuries before, the premium may be higher.

Is there any other option?

There is - many people now, especially if they have a lot of animals, will put a certain amount of money aside each month to pay for emergencies. However, it is vital, if you do this, to make sure you put aside enough - and of course, if several animals have unlucky accidents or illnesses in quick succession, that pot can run dry.

So, is pet insurance a scam?

No - it is a very useful tool for most people. However, insurance isn’t for everyone, and it’s really important that you do your research and choose the most appropriate route for you and your pet.