Please read our update on COVID-19 and what we are doing to help
My cat seems stressed… what should I do?
Back to Blog 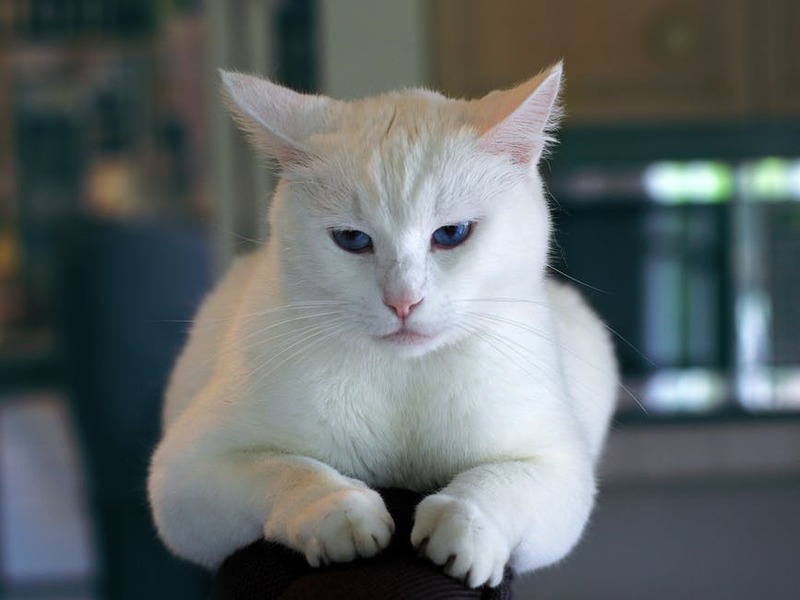 First of all, take it seriously! Cats do not cope with long-term (chronic) stress very well, and it can significantly harm their mental and physical health. The other thing to remember is that things that we often find relaxing (having friends and family around, or eating a meal together) are innately stressful to cats. In this blog, we’ll look at how to recognise stress in your cat, some of the the possible causes of stress, and finally how to manage it.

How do I know if my cat actually is stressed?

Acute, or sudden, stress is easy to identify from a cat’s body language:

This is sometimes characterised as the “fight, flight or fright” response - the cat is preparing to either attack it’s adversary, run away from it, or freeze and hope it doesn’t notice them. It’s the sort of response you’d expect if your cat is startled by someone or something, or if they suddenly find a strange cat in their house! Acute stress also isn’t generally harmful - the problem occurs if they are stressed and then go-on being stressed for a prolonged time.

This type of chronic, or long-term, stress is often much harder to detect. Signs may include:

What causes cats to become stressed?

More or less any change, unfortunately! Cats have evolved to be small carnivores - eating anything smaller than them, fighting with anything their size (to protect their territory), but always having an eye out for anything bigger that they need to run away from.

The major causes of stress in a cat’s life are environmental:

Well, if at all possible, try to work out why they’re stressed in the first place - and then if possible remove it. Resource stresses are usually the easiest to fix - make sure that there are enough feeding stations and litter trays for every cat, plus one spare; and that they are in a variety of locations, some more secluded etc.

In many cases, the stressor is temporary (builder or workmen in, for instance). However, some changes are more permanent and harder to resolve (for example, divorcing the husband because the cat doesn’t like him is not normally a good solution). In these situations, you need to be a little more proactive.

Any level of stress in cats can be improved with the use of Feline Facial Pheromone (Feliway©), and we strongly recommend that you use a diffuser if there is any stress level. Other products such as casein tablets (Zylkene©) may also help with short-term stress.

In more severe cases, we’d recommend that you speak to a feline behaviourist; and in some cases, prescription medication may be appropriate.

If your cat is stressed, try to work out why - then come and talk to one of our vets to put together a plan of campaign!