Please read our update on COVID-19 and what we are doing to help
What is RHD in Rabbits?
Back to Blog

RHD stands for Rabbit Haemorrhagic Disease; it is also sometimes known as VHD (Viral Haemorrhagic Disease) or RCV (Rabbit CaliciVirus). Whatever it’s called, it’s a really unpleasant disease and is usually fatal. In recent months, the disease has been in the news as a new strain (RHD2) has recently arrived in the UK. 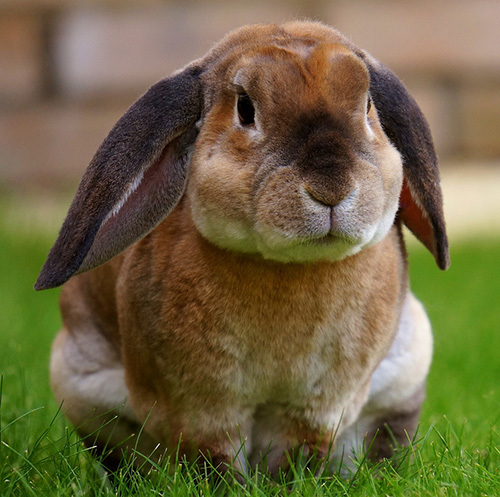 It’s a virus, technically part of the Calicivirus family. It’s a pretty tough virus too; it’s able to survive being frozen and remains in an infective state for up to 3 months at room temperature! As a result, it easily spreads from wild to pet rabbits, being carried on clothing and shoes, or even hiding away in hay or bedding. This means that all bunnies - even house-rabbits - are potentially at risk.

What are the symptoms?

As the name suggests, the disease causes haemorrhages (bleeding). This is because the virus invades the cells that line the blood vessels, the endothelium. Once inside the cell, the virus hijacks the cell’s machinery and forces it to manufacture millions of viral particles. As soon as all the new viruses have been made, the cell bursts, spreading the virus particles and causing the blood vessel to break down and leak.

To make matters more complex, there are two forms of the virus now present in the UK - RHD1 virus and RHD2 virus.

Until the last year or so, RHD1 was the only form in the UK. RHD1 works incredibly fast, and the most common symptom is sudden death - apparently healthy rabbits suddenly drop dead, probably due to a sudden and catastrophic internal bleed. Sometimes, infected bunnies live a little longer, being depressed and lethargic and losing their appetite. They usually start to bleed, typically from the mouth, nose and anus, and may survive for several days before dying of either blood loss or septic shock.

The RHD2 virus is very similar, but sudden death is rarer, with most infected rabbits lasting several days or even a week.

Very occasionally a rabbit manages to recover, in which case they may shed the virus for up to six weeks.

There is no reliable or effective treatment; in fact, in most cases we would strongly advise that infected rabbits are humanely put to sleep to prevent further suffering. Those who live long enough to be presented at the hospital are usually in such terrible pain, we do not believe it is ethical to artificially prolong their suffering, in view of the poor prognosis.

Very, very occasionally, we do see rabbits with only very mild symptoms. In these cases, supportive care (painkillers, fluid therapy, treatment for shock) may be appropriate, but this is the exception rather than the rule.

How do I keep my rabbits safe?

Theoretically, a rabbit kept in perfect isolation is safe from the disease. However, because the virus is so persistent in the environment, you would need to institute full biosecurity precautions (disinfectant footbaths, changing clothes before visiting the rabbit, keeping them in a separate airspace with antiviral air filters etc). As a result, this really isn’t an option for most pets!

There is, however, a very effective vaccine, and we strongly recommend it! The older UK vaccines only protected against RHD1, and didn’t generate immunity to RHD2. However, there are now vaccines available that will protect against both strains. It’s important to remember, though, that in rabbits the strength of the vaccine generated immunity drops over time - so the vaccine needs regular boosting. We usually recommend annual boosters to make sure their protection is topped up so your bunny is kept safe from this horrible infection.

If you’re worried about your rabbit’s health, give us a call and make an appointment to see one of our vets! They’ll be able to advise you on vaccinations, preventative health, and rabbit care, as well as diagnosing and treating disease!